Home
Dog Handling
Dog Whining in Crate, The Best Ways to Handle it 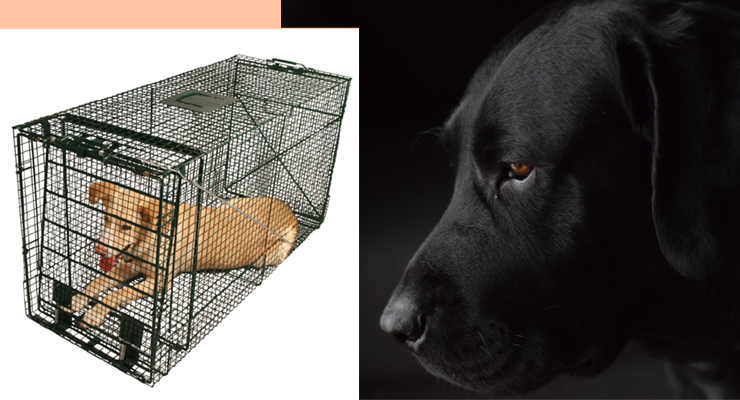 The first time you hear your newly bought puppy whining, it is really disheartening. But for the second time, it becomes a kind of trouble or irritation. However, the nonstop Dog Whining in Crate, especially in the middle of the night, may make you doubt your decision to bring home this furry friend home.

So, being the proud owner of your furry friend, it is important for you to learn how to decode whining of dog, Why Do Dogs Whine, and how to speak puppy. This will help you to make your dog feel comfortable and safe when inside the crate.

There are many reasons behind the whining of your dog inside crate, and prior to coming up with a solution for the noise, you need to find out the prime reason behind their whining. The key element for understanding the prime reason for your dog whining is to look at the big picture.

This means you need to ponder the situations around them. For instance, when you take your dog for potty training outside the home and put them into dog crates, then they will start whining. This signifies that they are whining just because of the crate tolerance, and this is not the reason for worrying.

But in case the dog is frequently waking up from their naps inside the crate and start whining, then it is the sign that the dog wants to get released and go out from the crate after their nap.

Why Is Your Dog Whining in Crate?

As mentioned, there are many reasons for dog whining inside the crate, and to Stop Dog Whining, you first need to understand the reasons and come up with the right solution.

Some of the common reasons for whining inside crate include:

So, you first need to understand the reasons behind the dog Crying in Crate at Night and some up with the ultimate solution for it. The puppy isolation whining can be prevented easily by helping your puppy learn how to love their crate.

You need to ensure that your puppy is feeling comfortable and safe inside her crate as it would be their home in your home for years to come.

So, you need to dedicate some time and make your puppy feel comfortable to their crate. Ensure to make their first experiences with crate positive, and this will reduce the pup’s whining when inside the crate. You also need to give a sufficient amount of time to your puppy to explore their home and spend some time with the puppy and have quality play sessions with them prior to crate the puppy.

You need to assure them that good things occur inside the crate like she will get her meals inside it and treat them with stuffed toys.

This will help them to look forward to crate time, and as a result, they will feel comfortable and safe, which will reduce Dog Scratching Ear and Whining.

How to Reduce Dog Whining at Night?

You will notice your pup stop playing with you suddenly and started shining to signal that she wants to go for a potty break. But you need to be watchful if she is resorting to whining when the moment is imminent. So, the active puppy running around you needs to be taken out frequently at least once in every 40-45 minutes for a potty break.

Being the puppy owner, you need to be proactive with the potty trips rather than waiting for the potty dog whining in crate.

The crated pups can hold their potty for a bit longer, and it is you who need to estimate how often you need to put the puppy into the crate and for how long you need to take them outside for potty trips.

5 Tips for Reducing the Whining

Handling a Puppy Whining in Crate

Being the puppy owner, it is important that you learn the methods to differentiate between typical I am not happy cries, and true something is not right cries. For instance, if you notice your puppy whining instantly after closing the door of the crate and you are sure she is done with the potty break, then you must avoid her initial attempts and give her time to settle down. You must encourage for whine free time by providing your puppy with something that can occupy her. 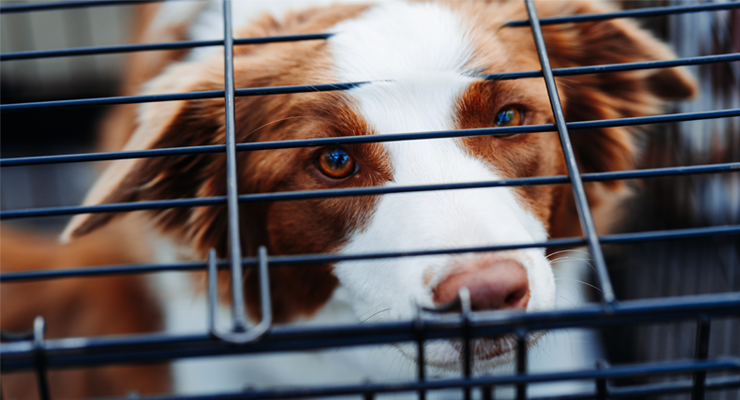 Provide them with some stuff like hard rubber toys, which can encourage them to focus on unpacking the goodies instead of whining or crying. But this doesn’t mean that you reward them every time they stop whining.

Demand and attention-seeking whining is always a pushy behavior of puppies, so it is extremely necessary that you always think about what is accidentally encouraging them prior to giving them the solution.

Dog Whining in Crate is the normal part of your dog’s puppyhood, but it is extremely important that you determine for how long they stay in the puppy’s communication range.

When adding a new furry friend into your family, one …